Happy New Year, lovelies!  I’m in the process of cooking up my resolutions but in the meantime, I’ve been thinking about this post for quite some time.  2014 was a big year for me—in music.  I really got my money’s worth on my Spotify this year.  The following are some albums I loved that were released in 2014 and a couple that escaped my eye in 2013 that I played incessantly (abused) in 2014.  Enjoy! 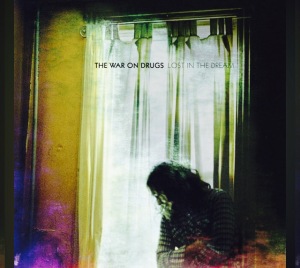 If you looked at my Spotify most listens for 2014, you’d probably see this album on top.  The War on Drugs – Lost in the Dream.  I’m pleased to see it topped some other online charts cause it’s getting the recognition it deserves.  It sounds almost etherial but definitely based in rock n’ roll.  The vocals sound super Dylan-esque (with a pinch of Dire Straits) and the music is borderline jam band but please don’t let that taint your initial impressions cause there’s a lot of synth in there.  The epic An Ocean In Between the Waves is a song that, at just over seven minutes, isn’t long enough.  I seriously want to dance like no one is watching.  2014 held two great concert disappointments – one of which is seeing The War on Drugs in Omaha (long story… same night as bags league – blah, blah, blah – no excuse is good enough).  I continue to kick myself over it but I can tell you that I won’t make that mistake again. 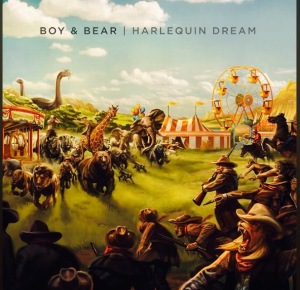 While we’re on the subject, the second great concert disappointment of 2014 is not walking the five minutes to the 80/35 festival downtown when Boy & Bear had their free set.  Again… kicking myself.  But I could hear the end of their set from my apartment and let me tell you, it was so beautiful despite the distance it had to travel to meet my ears.  Even though technically Harlequin Dream was released in 2013, I played the heck out of it in 2014.  It started, quite literally, the moment their set was over and I listened heavily throughout the year.  Lyrically, this is where it’s at for me.  Their stuff is cheeky, well-written and the music backs it up.  Picking just one song off his album is really difficult because they’re all wonderful in their own right.  Please listen. 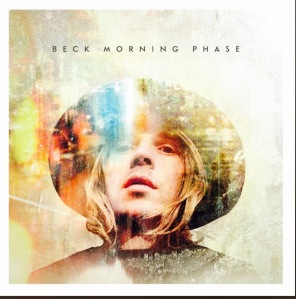 Beck made a new album this year… so there’s that.  I couldn’t include a list without including Morning Phase.  This was an album I was so excited about that I continually streamed it off the NPR first-listen website days before it was actually released.  As you guys may already know, Sea Change is one of those albums that will forever be in my Top 10.  This entire album is simply delicious.  Listening for the first time was an experience because it sounds so much like Sea Change.  This album is all the beautiful things.  Imagine your happy place… right now… this album is the soundtrack to that happy place. 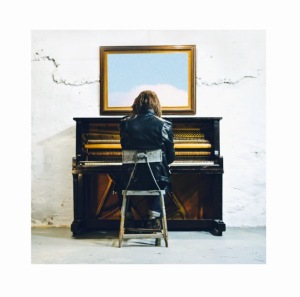 I almost feel bad making a segue from Beck but there are more albums to be discussed.  That said… another massive listen for me toward the latter part of the year was Delta Spirit – Into the Wide.  I paid this album no mind initially because of my deep love for Ode to Sunshine but when my birthday surprise included a trip to Omaha to take in the Delta Spirit show, I had to give it a listen.  It was on after that.  The album is great but seeing them live is even better.  I gain so much respect for artists after seeing their live show and Delta Spirit were so gracious and fun and talented.

I would be incredibly remiss if I didn’t include Broken Bells – After the Disco.  I realize this album might be a little more mainstream (like me saying my favorite band is Coldplay) and oft overlooked but I am a sucker for James Mercer.  And Danger Mouse.  ‘Nuff said.  While I’m not in love with every song on this album, it got a lot of play time during long drives.  It’s not actually a very long album and all the songs flow incredibly well.  I love the sound of the disco music with modern, clean, James Mercer vocals.

Albums that didn’t get enough listen time: the full length release by Haerts happened this year!  Looking forward to more of that in 2015.  Spoon – They Want My Soul because yeah, Spoon.  I love their ability to change/reinvent their sound at any given time while maintaining that wide-body-guitar hum throughout.  I’m a huge fan of Ga Ga Ga Ga Ga and Gimmie Fiction and I was really looking forward to this release – I just haven’t listened enough.  Coldplay – Ghost Stories.  I love Coldplay.  I really wanted to listen and love this album but the truth is… it’s just *too sad* for me at the moment.  And I love sad.  My heart just breaks listening to the words and the music and it’s a gut punch for looking back on my own mistakes and sadness.  I think everyone can relate; I just need to be at a place where I won’t cry my eyes out at the first chord.  So I go back to their old stuff a lot (looking at you Live in 2003 which is unfortunately NOT on Spotify.).

You guys, there was SO much good stuff that went on in 2014—so many releases by some of my favorite bands.  One of the best things about music is its ability to shape what we want to listen to.  That’s happened to me a lot this year and I’ve gotten to experience my own tastes changing and evolving as a result.  The albums I’ve mentioned are the ones that will come with me into 2015.  They pass the Ryan-test of being lyrically and musically sound.  Music by artists that I feel are truly that: artists.  These albums get stamped in time so the next time I listen, I’ll remember where I was or what I was doing; I’ll feel happy or sad.  I believe that music is the soundtrack to life—the ultimate enhancer.  My hope is that maybe you’ll listen to some of this; maybe it won’t be for you but maybe some of it will… and we’ll have connected in the way that many others do across space and time.